With a combined population of over 225,000, the Fox Cities are one of the fastest growing metropolitan areas in Wisconsin and yet offer the tranquility of small-town America and easy access to recreational surroundings. The Fox Cities have consistently been named one of the best areas in the nation based on quality of life indicators.

The Fox Valley Family Medicine Residency Program is located in Appleton, the center of the Fox Cities, with a population of over 70,000. By car, Appleton is 30 minutes south of Green Bay, two hours from Milwaukee and Madison, three and one-half hours from Chicago, and five hours from Minneapolis/St. Paul. The Appleton International Airport (ATW) is five miles from campus and is served by United, Delta, and Allegiant Air airlines, having direct flights to major hubs – Milwaukee, Chicago, Atlanta, Detroit, Minneapolis, Las Vegas, Orlando, and Phoenix-Mesa. 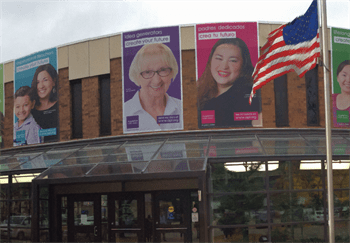 The Fox Cities are a cluster of 18 communities in Outagamie County located near the Fox River in east-central Wisconsin including the cities of Appleton, Kaukauna, Menasha and Neenah; the towns of Buchanan, Clayton, Grand Chute, Greenville, Harrison, Kaukauna, Menasha, Neenah and the villages of Combined Locks, Hortonville, Kimberly, Little Chute and Sherwood.

The Fox Cities have consistently received national recognition as one of the most inviting places to live, work, and raise a family, including the following: